We have one planet to live in , with the rapid global warming, growing population, rapid industrialisation leading to pollution, carbon emission is taking a toll on the climate change. With the shrinking ice mass and reduced ground water is a bigger threat for the survival of human race. The world has now to be on a path of progress but not at the cost of the nature. The International community has for a long time deliberated on the use of clean and renewable energy. Now is the time for the entire world to walk the talk and showcase their planetary care.

The most advanced economies have already included renewables in their energy mix and have planned to increase their use in order to meet their mitigation goals: Japan aims to derive 22-24% of its electricity production from renewable sources by 2030 and the European Union plans for them to reach 27% of its final energy consumption.

But the least developed economies are also playing their part: 40% of non-G20 countries which have submitted their contribution have set specific targets in this area, such as Jordan (11% of the energy mix in 2025), Côte d’Ivoire (16% of the energy mix by 2030, 32% with international support) and Algeria (27% of national electricity production by 2030).

Potential areas for saving energy have been identified and countries are willing to adapt the most effective practices across all levels of development. Sect oral energy efficiency measures (buildings, transport, industry, etc.) have been planned by many countries. Many forested countries, including those which are economically least developed, have planned to stem – or even to reverse – deforestation trends. Forests are natural “carbon sinks” and are also beneficial for adaptation and the preservation of biodiversity. Mexico has to this end set an objective of 0% deforestation by 2030, while the Democratic Republic of the Congo plans to plant about 3 million hectares of forest by no later than 2025. China’s reforestation programme, which is already underway, will help to increase the national forest stock by 4.5 billion cubic metres by 2030 compared to 2005, thus doubling the accomplishment of the past ten years.

India is committed to cutting down carbon emission by 30-35 per cent by 2030 and energy efficiency is vital to achieve the target affirms the Honourable Minister for Power and New Renewable Energy Mr.Piyush Goyal.

In order to tackle the challenge of sustainable growth while addressing the global concern for climate change, India has chalked out its national action plan on climate change (NAPCC) wherein renewable energy has been given its due importance. National Solar Mission (NSM) is one of the eight missions launched under this comprehensive plan. The target that was set under the Ministry of New and Renewable Energy has been increased manifold after the New Government taken over in the year 2014. In this paper the current status of renewable Energy installation in India is studied long with the opportunities in this sector in terms of social &economic aspects. As per the plans of Government of India the installation capacity of Renewable energy systems going to increase more than 4 times from the present capacity of nearly 40,000 MW to 1,75,000 MW by the year 2022. This increased capacity is certainly going to bring more investment from Private, Public and foreign institutional investors. Further, there is going to be an employment boom in this sector for almost all categories of youth from UG to PG qualification level for which GoI has already initiated several human resource development programme. 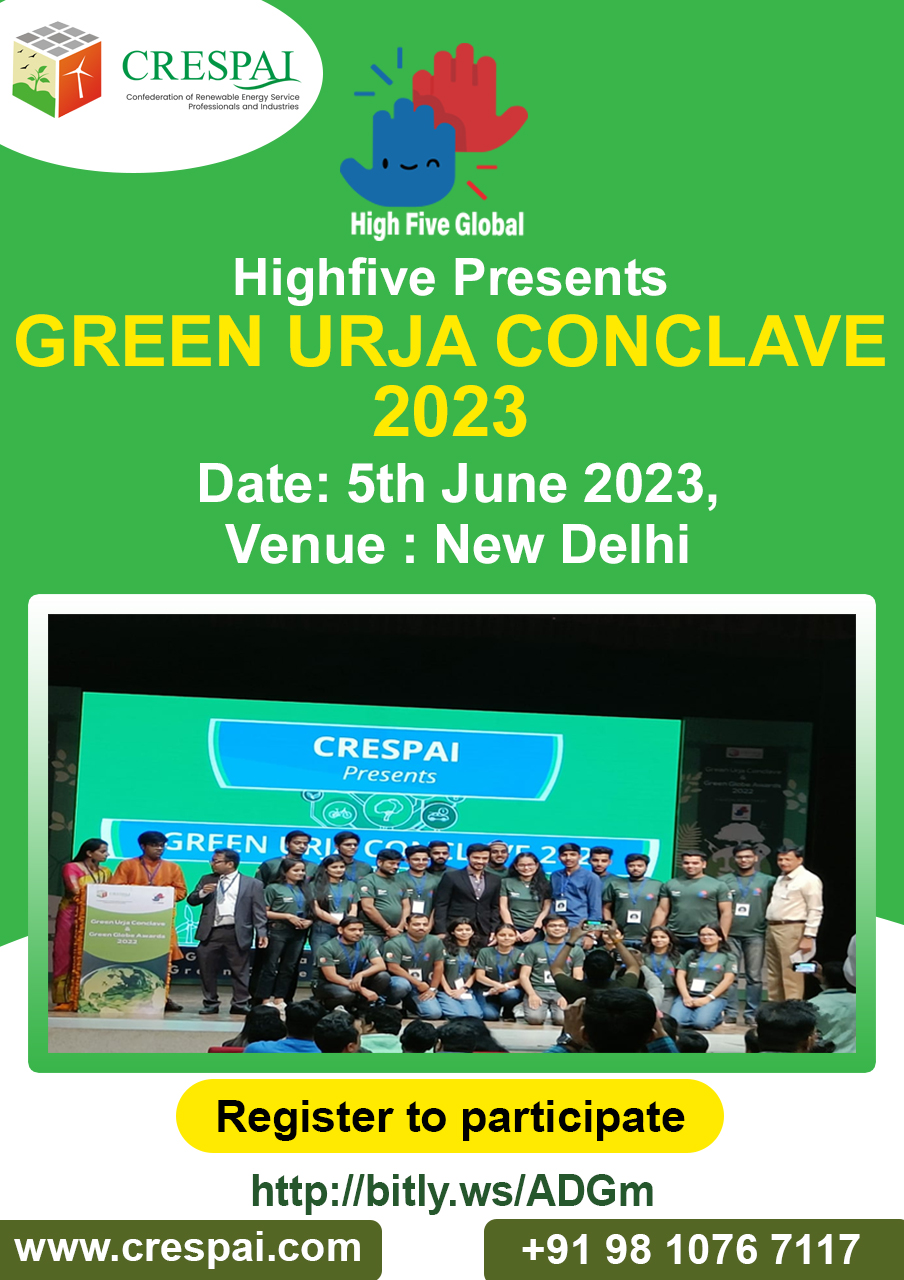